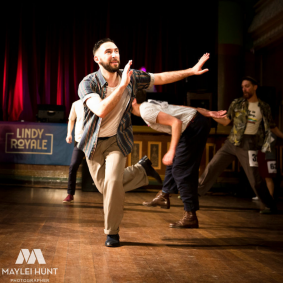 Joel started out as a musician when he was younger, which led to a love of all things jazz and eventually, his introduction to swing dancing. Nearly 15 years later, he’s still dancing the Lindy Hop and continues to share his passion in a teaching capacity. Joel has over 10 years experience as an instructor, running regular classes in Melbourne and teaching at events around Australia and internationally. As well as being a member of Echoes of Harlem, Melbourne’s premiere jazz dance troupe, Joel also competes regularly and has even taken home a few awards from time to time – including the title of Hellzapoppin’ champion with Loz Yee in 2015.