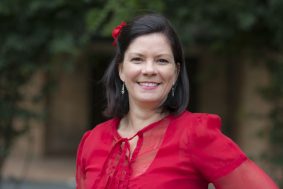 Nicki has been swing dancing for many years, having learnt her craft in London. It was at a dance camp in Montreal that, on a whim, she took a Balboa taster class with Balboa legend Sylvia Sykes… and the rest, as they say, is history! She has attended many dance events throughout UK, Europe, USA and Australia, and has been involved in the organising of many Balboa events – both here and in London. Loving the fun and joy of dance she was never one to take her dancing too seriously… until she moved back to Melbourne that is! Now she has been part of a Balboa troupe, competed in several competitions, taking second and first place consecutively in the Balboa division at AJC, and has attended The Balboa Experiment – an invitation-only event in North Carolina, USA.
Slow Balboa has become her latest passion and she can’t wait to spread her love of this graceful dance.